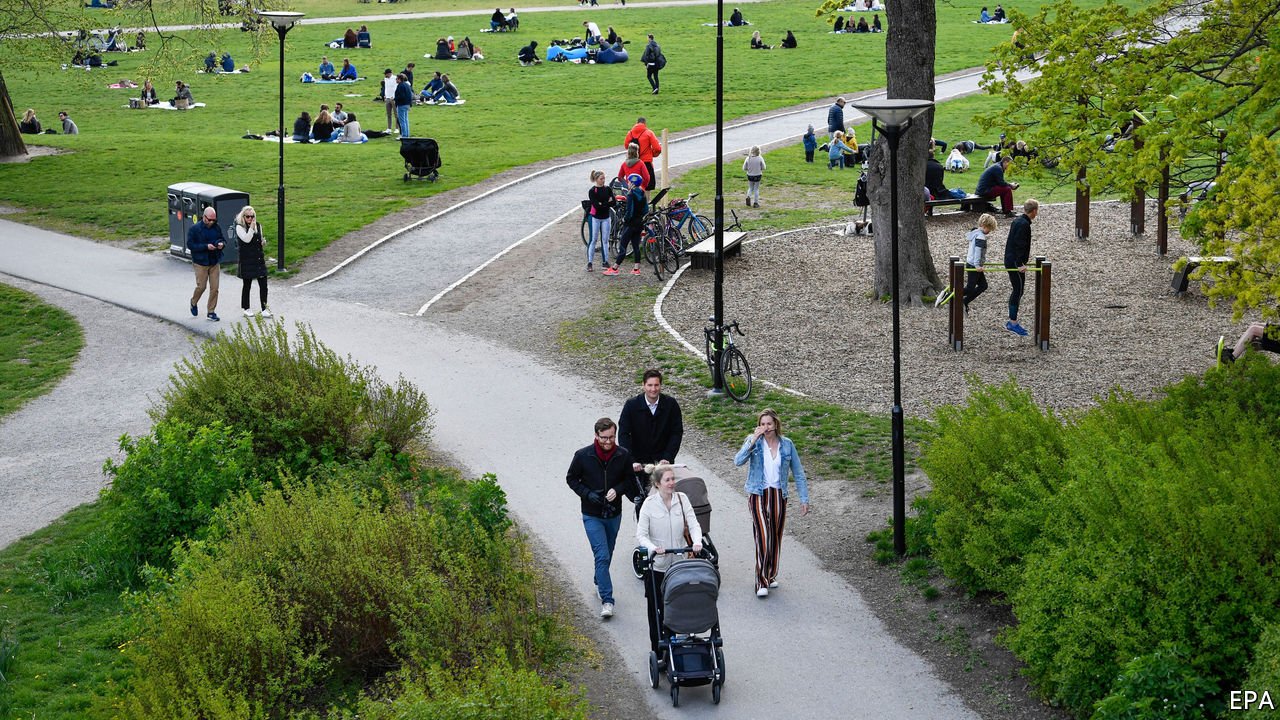 What is herd immunity and can it work for COVID ???

What is herd immunity?

Herd immunity eradicated smallpox and polio. Could COVID-19 be next? 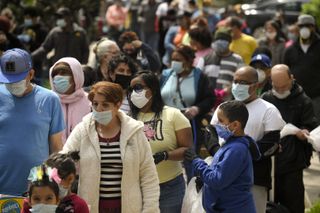 Achieving herd immunity isn’t quite as simple as it seems, and it’s not always possible. (Image: © Ben Hasty/MediaNews Group/Reading Eagle via Getty Images)

Herd immunity describes the point at which a population is sufficiently immune to a disease to prevent its circulation. Researchers at the University of Manchester first coined the term in 1923, to describe how an entire herd of animal subjects (in that case, mice) could become immune to a disease even though not every member of the herd had been immunized.

Widespread vaccination is the most reliable way to achieve herd immunity. “The whole concept of herd immunity arose from the question: How many people do you need to vaccinate in a population to eradicate a disease,” said Paul Hunter, a professor at the University of East Anglia in the United Kingdom and a member of the World Health Organization’s infection prevention committee.

But achieving herd immunity is often more complicated than that and it’s not always possible — especially when it comes to the novel coronavirus that causes COVID-19, for which there is no vaccine. “Herd immunity involves a variety of factors above and beyond the virus itself,” said Gregory Poland, director of the Mayo Clinic’s Vaccine Research Group.

Related: When will a COVID-19 vaccine be ready?

How herd immunity is measured

Calculating how many people need to be immune to a disease for it to stop infecting the population any further is relatively simple. First, scientists determine the pathogen’s R0 (pronounced R-nought), a variable that estimates the average number of people one contagious individual will infect based on the inherent qualities of the pathogen. It is important to note that R0 is not set in stone. A more precise figure, Rt, captures the number of cases expected per individual as an outbreak progresses and conditions change over time in response to the outbreak. But for the purpose of calculating the threshold necessary for herd immunity, epidemiologists start with R0.

The 2014 Ebola outbreak had an R0 of about two, meaning that one contagious Ebola patient infected two others on average, NPR reported. For measles, that figure is closer to 15. Although it is too early to know for sure, researchers suspect the R0 of the virus that causes COVID-19 is roughly three, according to the Centers for Disease Control and Prevention.

Related: The 12 deadliest viruses on Earth

Diseases with seemingly low R0 values are still capable of quickly spiraling out of control, provided they are even slightly above one. “If we assume the R0 for COVID-19 is three, this means that, for every one case, you’ll end up with three secondary cases,” Hunter told Live Science. “That’s one, three, nine, 27, and so on.”

The key to achieving herd immunity is driving a disease’s R0 (or, as updated information becomes available, Rt) to one. As individuals become immune to a pathogen, either through vaccination or natural immunity acquired from having recovered from the disease, one case is expected to infect fewer and fewer individuals within that population. For measles (R0 = 15), herd immunity kicks in when 14 out of 15, or about 93% of individuals are immune. For COVID-19, two out of three (about 66%) would likely be sufficient.

“With a very infectious pathogen you need close to 100% of the population vaccinated,” Hunter said. “With COVID-19, given that its R0 is somewhere between two and three, if we could get two thirds of the population immunized I think we would be okay.”

How to achieve herd immunity

When scientists talk about herd immunity, it is almost always in the context of vaccines. “Herd immunity would be very much the aim of a [COVID-19] vaccine program,” Danny Altmann, professor of immunology at Imperial College London, told Live Science. “This is why vaccine candidates need to be evaluated and compared calmly and objectively. We need the ones that are immunogenic [produce an immune response], protective, safe and confer a sustained level of response.”

But there is another way to achieve herd immunity. If the pathogen in question causes lifelong immunity in those it infects, and is allowed to spread more or less unchecked, infection rates will increase exponentially and then naturally flatten, decline and disappear as more people catch the disease, recover and become immune to reinfection — all without introducing a vaccine.

This method is far less reliable, however, for two reasons.

First, it only works within a relatively closed population in which new, unexposed individuals are not constantly arriving to provide fodder for hungry pathogens. Even isolated communities are not entirely safe from this risk, because “children are not born with immunity,” Hunter said. “Many diseases that we would expect to die out because of herd immunity stay around because there are just enough newborns coming into the population to keep the disease going.”

Second, herd immunity by acquired infection only takes hold if a sufficient proportion of the population actually contracts the disease. This is not a forgone conclusion, and is almost certainly not the case with COVID-19, according to preliminary data from affected European countries and a study from Spain published July 2020 in the journal The Lancet. The numbers suggest that, despite dire losses, the novel coronavirus infected only a fraction of the population—far below the threshold for herd immunity. “Sweden has had many infections, many deaths, and did not achieve herd immunity. Spain and Italy did not achieve herd immunity either, and surveys find that the rates of immunity in those countries are maybe 15%,” Poland said.

And while it is tempting to assume that once an individual recovers from COVID-19, they are immune from future infection, studies increasingly suggest that this may not be the case.

“We are seeing these ‘COVID parties’, with people thinking ‘I’ll go, get infected, and be over it,'” he added. “Beyond the stupidity of exposing yourself to a potentially lethal disease, it’s an ignorant approach that presupposes a truth that is likely not there — once infected, immune.”

The ingredients for achieving herd immunity naturally are well understood. “You want a disease that is guaranteed to produce robust immunity with largely asymptomatic spread, and have a low R0,” Altmann told Live Science. But even if the R0 is relatively high and most patients are symptomatic, herd immunity is still possible with an effective vaccine, and a vaccine program that immunizes the population en masse. “Think of our big, public-health vaccination success-stories: Smallpox and polio, both entirely due to massive, sustained vaccine programs with simple, highly effective vaccines,” he said.

Robust immunity is necessary to ensure that those who become immune stay that way long enough for the pathogen to die out. Asymptomatic spread helps, because it means that fewer people are likely to die while the population waits for herd immunity to take hold — and increases the likelihood that there will be enough survivors to affect herd immunity in the first place. A low R0, of course, lowers the bar for how many individuals need to be immune before we see the infection rate flatten and decline.

Related: Just how safe are vaccines? Here are the numbers.

Nonetheless, some diseases that are seemingly strong candidates for herd immunity never quite achieve it. Despite widespread infection and vaccination, chicken pox, for instance, has never been entirely eradicated from the population. That’s because the virus that causes chicken pox remains latent in the nerve roots of those who are infected by it, even after they recover and acquire immunity to the disease. As once-infected individuals grow older their immune systems weaken and the virus can reactivate, causing shingles, which can, in turn, cause chicken pox.

“You might have eradicated chicken pox in a small island community, but then somebody’s granny gets an attack of shingles and, over a matter of weeks, every kid on the island gets chicken pox,” Hunter said. “You’ve achieved herd immunity, and [it appears] the virus has died out, but it’s actually waiting to come out.” Similar phenomena have been observed with tuberculosis, according to the WHO.

Vaccine-induced herd immunity can also fail when a vaccine results in only short-lived immunity within a population. Pertussis and mumps recently reappeared long after vaccine programs were assumed to have eradicated these diseases, and studies suggest that, while vaccine noncompliance played a role, the outbreaks were in part due to the vaccines losing effectiveness over time. “In the past few years we’ve had both pertussis and mumps outbreaks, and those have primarily resulted from waning immunity over time,” Poland said.

Is herd immunity possible for COVID-19?

With an effective vaccine, it is possible that we could achieve herd immunity and end the COVID-19 pandemic. But regular booster shots would likely be necessary, as early data from recovering patients suggests that the novel coronavirus confers immunity for only a few months or years.

“We know that, two or three years after an infection, antibodies become undetectable in SARS, MERS and seasonal coronavirus patients, so this is no surprise,” Poland said. “The idea that I am going to get a vaccine and be permanently immune the way that it happened with measles, rubella, smallpox or polio is simply not true in this case,” he added.

Related: Here’s how the COVID-19 pandemic could play out over the next two yearsAdditional resources

– Learn more about what herd immunity is and how it could be possible with COVID-19, from Johns Hopkins University.

– Watch this short animation about how herd immunity works, from the Royal College of Pathologists.

– Read more about how vaccines promote herd immunity, from Vaccines.gov.

Without a vaccine, however, COVID-19 is exceedingly unlikely to produce natural herd immunity because the rates of infection are not even close to the percent needed to bring the R0 down to one. “The Spanish study suggests that, even now, fewer than 10% of Spaniards have had the infection,” Hunter said. “You would need 10 or 15 times as many cases — and deaths — before you would get to herd immunity.” It could take months or years to reach that threshold and, by then, many of those who contracted the disease could lose their immunity anyway — setting the stage for reinfection and another cycle of disease and loss.

The sobering takeaway is that it would require orders of magnitude more carnage than we have already seen to even approach the possibility of herd immunity naturally occuring for COVID-19, if it’s even possible at all. “You can endure a horrendous pandemic at a level that destroys societal infrastructure with a massive death toll, and still not achieve herd immunity,” Altmann said.