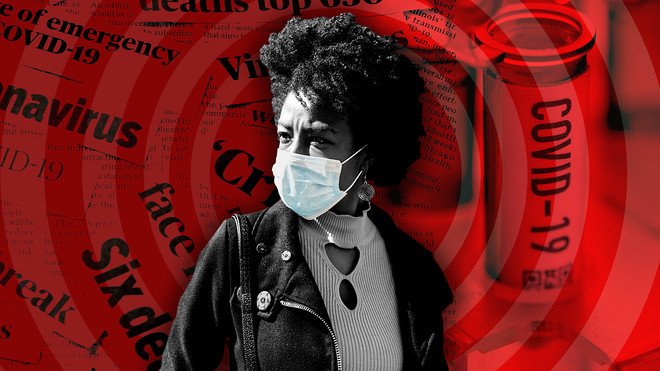 The odds of catching Covid-19 on an airplane are slimmer than you think, scientists say

The odds of catching Covid-19 on an airplane are slimmer than you think, scientists say

Mountaineer Viridiana Álvarez Chávez breaks Guinness World Record03:33(CNN) — Sitting squeezed between a number of strangers on board an aircraft might feel like a risky position during these uncertain times.But according to some experts who point to the very few documented cases of in-flight transmission, the chances of catching Covid-19 while on board a flight are actually relatively slim.Fear of flying during the pandemic has drastically reduced global air traffic, which hasalso been restricted due to border closures. If new scientific claims are borne out, the perceived heightened risk of boarding an airplane could be unfounded.In one case, about 328 passengers and crew members were tested for coronavirus after it was learned thata March 31 flight from the US to Taiwan had been carrying 12 passengers who were symptomatic at the time. However, all the other passengers tested negative, as did the crew members.And while there have certainly been cases of infected passengers passing the virus on to an airplane’screw or fellow travelers in recent months, the transmission rates are low.A study recently published in medical journal JAMA Network Open found evidence of the possible spread of coronavirus during a four-hour flight from Tel Aviv to Frankfurt in March.Two passengers developed infections after flying with a group of tourists who had come into contact with an infected hotel manager and also became infected, according to researchers from the Institute for Medical Virology at Goethe University in Frankfurt.The two who may have been infected were seated at the back of the aircraft, directly across the aisle from seven passengers who had unknowingly picked up the virus.An earlier flight from the UK to Vietnam on March 2, in which one passenger seemingly spread the virus to around 14 other passengers, as well as a crew member,is so far believed to be the only known on-board transmission to multiple people.One explanation for the apparently low risk level is that the air in modern aircraft cabins is replaced with new fresh air every two to three minutes, andmost planes are fitted with air filters designed to trap 99.99% of particles. Meanwhile, various new protocols have been implemented, such as face-coverings for both passengers and crew, which is mandatory on most airlines, temperature screenings, as well as more intensive cabin cleaning and limited movement in the cabin during flight.Arnold Barnett, a professor of statistics at the Massachusetts Institute of Technology’s Sloan School of Management, tried to quantify the odds of becoming infected with the virus while on board a short flight in a recent study that looked at the benefits of the empty middle seat policy.Related contentIs Covid-19 making airplane passengers more unruly?

The odds of a passenger catching Covid-19 on a flight and dying from the virus are less than one in half a million.Justin Sullivan/Getty ImagesAccording to his findings, based on short haul flights in the US on aircraft configured with three seats on either side of the aisle, such as the Airbus 320 and the Boeing 737 — and assuming everyone is wearing a mask — the risk of catching the virus on a full flight is just 1 in 4,300. Those odds fall to 1 in 7,700 if the middle seat is vacant.”Most things are more dangerous now than they were before Covid, and aviation is no exception to that,” he tells CNN Travel.”But three things have to go wrong for you to get infected (on a flight). There has to be a Covid-19 patient on board and they have to be contagious,” he says. “If there is such a person on your flight, assuming they are wearing a mask, it has to fail to prevent the transmission.”They also have to be close enough that there’s a danger you could suffer from the transmission.”Barnett says he took all of these probabilities into account before determining an overall transmission risk.https://ix.cnn.io/dailygraphics/graphics/20200511-travel-flying-pandemic-callout/index.html?initialWidth=634&childId=responsive-embed-20200511-travel-flying-pandemic-callout&parentTitle=The%20odds%20of%20catching%20Covid-19%20on%20an%20airplane%20are%20slimmer%20than%20you%20think%2C%20scientists%20say%20%7C%20CNN%20Travel&parentUrl=https%3A%2F%2Fedition.cnn.com%2Ftravel%2Farticle%2Fodds-catching-covid-19-flight-wellness-scn%2Findex.html These figures are specifically for two-hour flights within the United States, the country currently with the highest number of Covid-19 cases in the world.The odds will be lower for flights taken in parts of the globe with few cases and higher for long haul flights as “the ratio of proximity is a factor along with the existence of proximity,” he says.Barnett goes on to state that there isn’t much of a difference in terms of risk between passengers sitting in an aisle seat on a full flight and those in the window seat.However, the chances of becoming infected are ever so slightly higher for those in aisle seats, because they simply have more people around them.”You’re endangered by the people sitting next to you in the same row,” he says. “And to a lesser extent, the people in the row behind and the row ahead.”Statistically, the window seat is a little safer than the middle seat or the aisle seat on a plane that’s full. But it’s not a big difference.”Related contentFrom free flights to Covid-19 payouts: Can travel incentives lure visitors back?

Many major airports around the world are still almost empty due to the impact of the pandemic.Spencer Platt/Getty ImagesBarnett’s research is based on the assumption that flights are operating at full volume, but it’s worth noting that many are still running at reduced capacity.Although the US Transportation Security Administration reported that traffic through airport security checkpoints had passed 800,000 for the first time since the pandemic earlier in August, this was still a 31% decrease on the numbers for the same day in 2019.The professor is a strong supporter of the middle seats empty policy, which has been adopted by the likes of Delta Air Lines, Southwest Airlinesand JetBlueAirways.However, the International Air Transport Association (IATA,) describes this approach as “economically unfeasible” for airlines.”Screening, face coverings and masks are among the many layers of measures that we are recommending,” Alexandre de Juniac, IATA’s Director General and CEO said in an official statement released last month. “Leaving the middle seat empty, however, is not.”De Juniac goes on to suggest that an effective Covid-19 test that can be administered at scale, and immunity passports could also be included as temporary biosecurity measures if they become available.”We must arrive at a solution that gives passengers the confidence to fly and keeps the cost of flying affordable,” he adds. “One without the other will have no lasting benefit.”Although different airlines have slightly different measures in place, the overall guidance for passengers is to wear a mask, wash their hands regularly and check in online to minimize the risks of in flight transmission.Related contentGlobal cruises are still on hold because of Covid-19. In the Mediterranean, they’re back

Some experts have suggested that passengers should wear a shield as well as a mask for greater protection.Raul Sifuentes/Getty ImagesHowever, Barnett recommends that travelers take things one step further by wearing a shield.”There are various things that can be done to take the risk, which is small, and make it even smaller,” he says.”Because it (a shield) covers your eyes, nose and mouth, it lessens the risk of others infecting you.”The science is changing every day, but my understanding is, if you wear a mask, it greatly reduces the chance of you infecting others. But it doesn’t protect you all that much, whereas a shield will protect you. “If I were flying now, I would certainly wear a shield.”This view is somewhat supported by a new research report from the UK’s University of Edinburgh and Heriot-Watt University, which concludes that using plastic barriers called personal protection seat shieldswill reduce the risk of Covid-19 contamination significantly, provided they are worn with face masks.According to the “Face Coverings, Aerosol Dispersion and Mitigation of Virus Transmission Risk” report, jets of air can leak from the sides and back as well as the front of face masks.It recommends that aircraft seats be fitted with personal protection windows (PPW,) clear plastic barriers designed by UK-based aircraft interior and exterior specialist RAS Completions, which can be secured to the back and sides of any seat on an airplane. “Our recommendation is that airlines should make face masks mandatory, and if used in conjunction with PPW and regular cleaning of PPW, Covid-19 contamination risk is kept to a minimum,” say the report’s co-author Dr. Cathal Cummins, an assistant professor at Heriot-Watt University, also in Edinburgh.”If all three measures are mandatory, together with good personal hygiene, airlines can increase passenger protection.”

In July, Qatar Airways became the first airline to make it compulsory for passengers to wear a face shield in addition to a face mask or face covering.The shields, which are supplied by the carrier, are obligatory for economy class passengers, unless they’re eating or drinking, while those traveling in business class can wear them “at their own discretion, as they enjoy more space and privacy.”However, all passengers must wear them during boarding and deplaning.Philippine Airlines followed suit earlier this month, so it seems likely other carriers may choose to implement this rule in the future.Before boarding their flight, customers traveling with the Middle East carrier will be issued with protection kits — including face shields, hand sanitizer, a surgical face mask and disposable gloves.Although it’s clear that such precautions can greatly limit the danger of infection, which is already relatively slim, for some travelers, any level of risk is simply too much of a gamble, particularly those in high-risk groups.Barnett stresses that it will take the development of a vaccine or a change in the care available to Covid-19 patients for those anxious travelers to feel comfortable flying again, regardless of how many safety measures are put in place.He is choosing not to fly himself at present due to various risk factors — at 72, Barnett has a higher risk of contracting the virus, while men are more likely to die from the virus than women. “I miss it quite a bit,” he admits. “I think flying is beautiful and under normal circumstances inordinately safe. “But these are not normal circumstances.”CNN Health’s Naomi Thomas contributed to this story