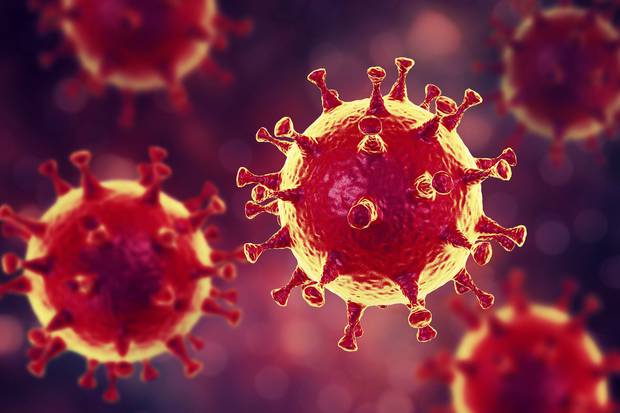 The world’s largest vaccine producer, the Serum Institute, announced a plan to make hundreds of millions of doses of an unproven inoculation. It’s a gamble with a huge upside. And huge risks. Source New York Times

PUNE, India — In early May, an extremely well-sealed steel box arrived at the cold room of the Serum Institute of India, the world’s largest vaccine maker.

Inside, packed in dry ice, sat a tiny 1-milliliter vial from Oxford, England, containing the cellular material for one of the world’s most promising coronavirus vaccines.

Scientists in white lab coats brought the vial to Building 14, carefully poured the contents into a flask, added a medium of vitamins and sugar and began growing billions of cells. Thus began one of the biggest gambles yet in the quest to find the vaccine that will bring the world’s Covid-19 nightmare to an end.

The Serum Institute, which is exclusively controlled by a small and fabulously rich Indian family and started out years ago as a horse farm, is doing what a few other companies in the race for a vaccine are doing: mass-producing hundreds of millions of doses of a vaccine candidate that is still in trials and might not even work.

But if it does, Adar Poonawalla, Serum’s chief executive and the only child of the company’s founder, will become one of the most tugged-at men in the world. He will have on hand what everyone wants, possibly in greater quantities before anyone else.

His company, which has teamed up with the Oxford scientists developing the vaccine, was one of the first to boldly announce, in April, that it was going to mass-produce a vaccine before clinical trials even ended. Now, Mr. Poonawalla’s fastest vaccine assembly lines are being readied to crank out 500 doses each minute, and his phone rings endlessly.Unlock more free articles.

National health ministers, prime ministers and other heads of state (he wouldn’t say who) and friends he hasn’t heard from in years have been calling him, he said, begging for the first batches.

“I’ve had to explain to them that, ‘Look I can’t just give it to you

With the coronavirus pandemic turning the world upside down and all hopes pinned on a vaccine, the Serum Institute finds itself in the middle of an extremely competitive and murky endeavor. To get the vaccine out as soon as possible, vaccine developers say they need Serum’s mammoth assembly lines — each year, it churns out 1.5 billion doses of other vaccines, mostly for poor countries, more than any other company.

Half of the world’s children have been vaccinated with Serum’s products. Scale is its specialty. Just the other day, Mr. Poonawalla received a shipment of 600 million glass vials.

But right now it’s not entirely clear how much of the coronavirus vaccine that Serum will mass-produce will be kept by India or who will fund its production, leaving the Poonawallas to navigate a torrent of cross-pressures, political, financial, external and domestic.

India has been walloped by the coronavirus, and with 1.3 billion people, it needs vaccine doses as much as anywhere. It’s also led by a highly nationalistic prime minister, Narendra Modi, whose government has already blocked exports of drugs that were believed to help treat Covid-19, the disease caused by the coronavirus.

Adar Poonawalla, 39, says that he will split the hundreds of millions of vaccine doses he produces 50-50 between India and the rest of the world, with a focus on poorer countries, and that Mr. Modi’s government has not objected to this.

But he added, “Look, they may still invoke some kind of emergency if they deem fit or if they want to.”

New Delhi: The expert panel which was looking into Serum Institute of India’s proposal to conduct the second and the third phases of the human clinical trial of the Oxford vaccine candidate has asked the country’s drug controller to allow Serum Institute of India to proceed. Also Read – COVID-19 Vaccine: Who Will Receive First? Frontline Workers? Who Next? Deliberations on in Health Ministry

Pune’s Serum Institute of India is the world’s largest vaccine maker by the number of doses produced and sold. It has signed an agreement to manufacture the potential vaccine developed by the Jenner Institute (Oxford University) in collaboration with British-Swedish pharma company AstraZeneca. Also Read – COVID-19 Vaccine Updates: Delay on Cards? Serum Institute Asked to Revise Trial Protocols

It aims at mass-producing the vaccine, which will be priced below Rs 1,000. Also Read – COVID-19 Vaccine Update: India Readies 5 Sites to Begin Final Phase of Human Trials For Oxford Vaccine

The initial proposal submitted by the Pune firm came under scrutiny and the expert committee suggested a few revisions.

The SII had submitted a revised proposal on Wednesday after the expert panel on Tuesday, following deliberations over its application, had asked it to revise its protocol for the trials besides seeking some additional information.

“An urgent meeting was held by the subject expert committee on COVID-19 on Friday to consider SII’s application. Following deliberation, it has recommended that permission be granted for phase 2 and 3 human clinical trials of the potential vaccine developed by the Oxford University – Covishield,” an official source said.

“According to the application, it would conduct an observer-blind, randomised controlled study to determine the safety and immunogenicity of Covishield in healthy Indian adults,” the source said.