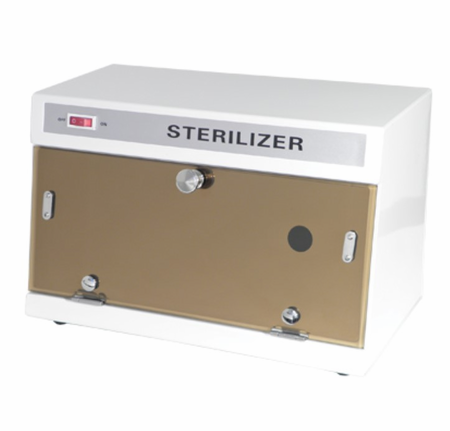 Can UV Light Kill or Prevent Coronavirus? Yes it can;

By Lindsay Kalter from MedicineNet.com

May 21, 2020 — The coronavirus pandemic has breathed new life into a decades-old technique that can zap viruses and bacteria: ultraviolet light.

Hospitals have been using it for years to cut down on the spread of drug-resistant superbugs and to disinfect surgical suites. But there is now interest in using the technology in spaces like schools, office buildings, and restaurants to help reduce coronavirus transmission once public spaces are open again.

“Germicidal ultraviolet technology has been around for probably 100 years and has had good success,” says Jim Malley, PhD, a professor of civil and environmental engineering at the University of New Hampshire. “Since early March, there’s been just an enormous amount of interest in it, and research funding to institutions around the world.”

The kind of light that’s used, ultraviolet C (UVC), is one of the three types of rays given off by the sun. It is filtered out by the ozone before it can get to life on Earth, thankfully: Though it can kill germs, it can also cause cancer and destroy our DNA and the corneas of our eyes.

That is the current dilemma with the use of UV technology, Malley says. It has great potential, but it can cause serious permanent damage.

The sanitizing effects of UV lights have been seen with other coronaviruses, including the one that causes severe acute respiratory syndrome (SARS). Studies have shown that it can be used against other coronaviruses. One study found at least 15 minutes of UVC exposure inactivated SARS, making it impossible for the virus to replicate. New York’s Metropolitan Transit Authority announced the use of UV light on subway cars, buses, technology centers, and offices. The National Academy of Sciences says although there is no concrete evidence for UV’s effectiveness on the virus that causes COVID-19, it has worked on other similar viruses, so it would likely fight this one too.

Malley’s lab is doing research on how well UVC can sanitize devices and protective gear that first responders use, and have recently been forced to reuse, like N95 masks.

Since the interest in UVC spiked, Amazon announced the creation of an ultraviolet robot: a metal frame on wheels equipped with ultraviolet tube lights, meant for use in Amazon warehouses and Whole Foods stores. Other products, like UVC hand wands, are meant for at-home use. There are several portable UV sanitizing devices whose manufacturers claim they kill 99.9% of bacteria and viruses on phones, pacifiers, and other surfaces that can get contaminated.

Despite the potential in commercial UV use, many germicide experts have little faith in home products. They aren’t regulated, nor have they been studied sufficiently by scientists, says Charles Gerba, PhD, a microbiologist and professor at the University of Arizona who has earned the nickname “Dr. Germ.”

“If someone were to ask me whether they should invest in a home UV light, I wouldn’t do it right now,” he says. “There’s just not enough data on them, and there’s a lot of room for user error.”

It is unlikely that just quickly scanning a surface with a hand-held device will do any significant damage to viruses or bacteria, he says.

Malley cautions that many people misunderstand how hard it is to come up with useful UVC technology. He says some products on the market — in particular those that cost less — don’t work well.

“It takes good engineering and science to develop it correctly,” he says. “You get what you pay for.” Although some of these may be effective, “there’s a lot of rubbish out there,” he says.

Companies that specialize in UV products exclusively have come out with new products in the last few months marketed for use against COVID-19, though no conclusive research has been done. UV Angel, a pathogen control company in Grand Haven, MI, unveiled two products in April and has seen a huge uptick in interest from markets outside the health care realm.

But safety concerns remain, and some researchers have already started examining ways to harness the destructive properties of UV light while suppressing the dangers.

David Brenner, PhD, director of the Center for Radiological Research at Columbia University, says there is a narrow band of UV light called “far-UVC” that can kill viruses without getting through living skin cells.

Far-UVC’s wavelength is shorter than conventional germicidal wavelength — about 222 nanometers, rather than 254 nanometers. Brenner was studying this type of light to kill influenza before COVID-19 hit.

Although it is possible to use UVC when people are out of harm’s way — as hospitals have done in operating rooms after hours, and New York’s Metropolitan Transit Authority is doing on subways — there needs to be an effective way to use this technology while people are around to help reopen the economy, Brenner says. He envisions the use of safe overhead far-UVC lamps in indoor spaces like doctors’ offices, schools, shelters, airports, and airplanes.

Research awaiting peer review has already said that far-UVC is good for fighting two other types of airborne coronaviruses.

Several companies are making far-UVC lamps, though approval by the FDA and Environmental Protection Agency will take several months, Brenner says. These lamps run between $500 and $1,000.

Brenner is 40 weeks into a 60-week study exposing mice to far-UVC for 8 hours a day, 5 days a week, and there have been no harmful effects, he says. QUESTION What is the Wuhan coronavirus? See Answer

“In terms of the back end, things are rapidly speeding up,” he says. “In February, if you wanted to buy some of these UV products, you couldn’t. If you wanted to now, it’s difficult — but by the end of the year, it’ll be much more feasible. The companies are stepping up fast.”

Malley offered a checklist people can use if they are considering at-home products:

Does UV light kill germs? Getting an at-home sanitizer may be worth it

Hospitals have embraced ultraviolet (UV)  lights as a cleaning tool for years, using large, industrial-grade machines to decontaminate rooms. Now, smaller versions of UV sanitation lights are available to consumers looking to clean pretty much anything, from phones to toilet seats.

The three main types of UV rays are UVA, UVB, and UVC. Because UVC rays have the shortest wavelength, and therefore highest energy, they are capable of killing bacteria and viruses, also called pathogens. UVC light has a wavelength of between 200 and 400 nanometers (nm). It is highly effective at decontamination because it destroys the molecular bonds that hold together the DNA of viruses and bacteria, including “superbugs,” which have developed a stronger resistance to antibiotics.

Powerful UVC light has been regularly used to decontaminate surgical tools and hospital rooms. A study that included 21,000 patients who stayed overnight in a room where someone had been previously treated found that sanitizing a hospital room with UV light in addition to traditional methods of cleaning cut transmission of drug-resistant bacteria by 30%. This is partly because UVC light can effectively sanitize hard-to-clean nooks and crannies. UVC light also works by destroying the DNA of pathogens, which makes it effective against “superbugs.”

But this broad-spectrum light is also a health hazard — linked to diseases such as skin cancer and cataracts — and humans cannot be in the room when it is used. Recently, however, researchers have been working with narrow-spectrum UVC rays (207-222 nm). This type of UVC light kills bacteria and viruses without penetrating the outermost cell layer of human skin.

A 2017 study showed that 222 nm UVC light killed methicillin-resistant Staphylococcus aureus (MRSA) bacteria just as effectively as a 254 nm UVC light, which would be toxic to humans. This study was repeated in 2018 on the H1N1 virus, and narrow-spectrum UVC light was again found to be effective at eliminating the virus. This has particularly important implications for public health since the possibility of non-toxic overhead UV lighting in public spaces could drastically reduce the transmission of diseases.

Killing bacteria and viruses with UV light is particularly effective because it kills germs regardless of drug resistance and without toxic chemicals. It is also effective against all germs, even newly-emerging pathogen strains.

How to use a UV light to kill germs at home

UVC lights available to consumers come in various forms, including boxes, bottles, and covered wands. Each has its own set of instructions for how to use the light to kill germs, with specifics on things like how long the sanitation takes and, in the case of wands, how close it has to be to the object you’re trying to sanitize. Larger box-shaped versions fit tablets, toys, and baby bottles.

One 2008 study tested the efficacy of the VIOlight, a $30 toothbrush sanitizer that claims to rid your toothbrush of disease-forming germs. The study found that, compared to a toothbrush that had not been treated with ultraviolet light, the VIOlight got rid of 86% more colony-forming units of S. salivarius, lactobacilli, and E. coli. These bacteria can cause strep throat, digestive problems, and a number of other illnesses.

Sanitizing wands allow you to wave UVC light over anything you might want to disinfect, including counters, bedding, and steering wheels. The wands can be used anywhere, claim to work within seconds, and are often marketed to travelers concerned about things like hotel room sanitation. A 2014 study tested the efficacy of these portable wands and found that they killed 100% of commonly-found bacteria within five seconds and inactivated 90% of spore-forming bacteria, which are harder to kill, within 40 seconds.

Besides surfaces, UVC light can purify water, too — when used correctly. Companies that sell UVC pen-like devices and UVC bottles claim to rid 99.99% of bacteria and viruses from water. Such products are typically valuable to hikers and travelers to remote areas, both of whom more commonly encounter unpurified water sources.

A 2015 study in Travel Medicine and Infectious Disease looked specifically at a handheld UVC light device called SteriPEN. The researchers concluded that the number of bacteria and virus reduction depended on how the device was used. While it performed well overall (killing between 94.98% and 99.99% of germs), “education on the risks of incorrect application should be included in the travel medical consultation.”

No matter the device, if you’re using one, check the device’s instructions first. And still, wash your hands.